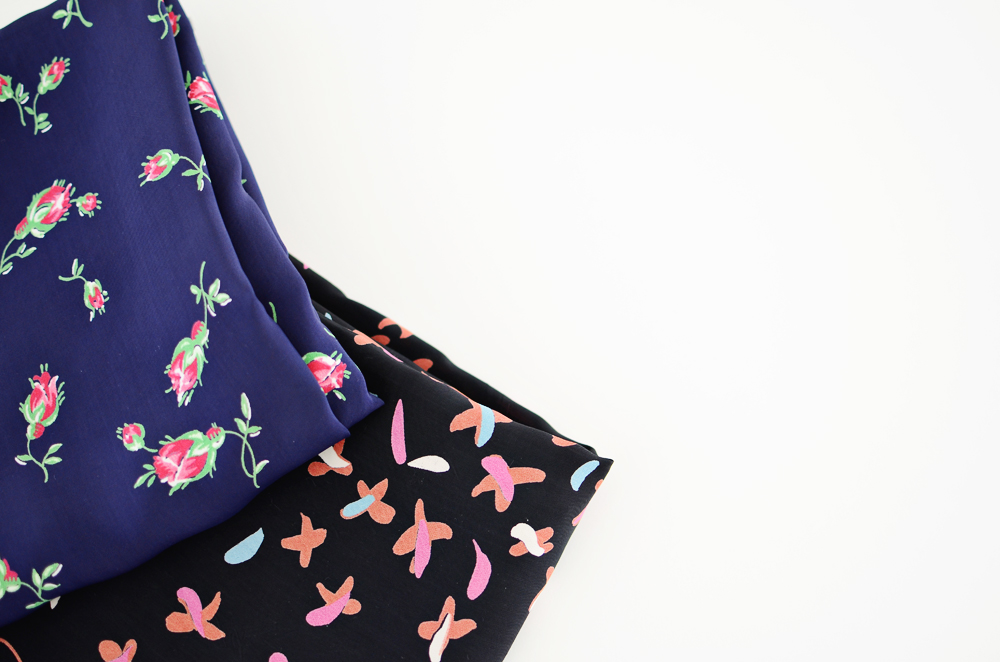 Woo Hoo! Hey all you sewing people! Here’s a new Fabric Friday: 1940s Cold Rayon. Such an interesting and somewhat rare textile. OK, so remember way back when I talked about rayon <a href="http://www.afashionablestitch.com/2015/11/fabric-friday-rayon-wovens.html” target=”_blank” rel=”noopener noreferrer”>in this Fabric Friday post? Let me tell you some more about it.

When rayon first came out, it was considered artificial silk. It was a great alternative to silk because of the price break but also because it held some of the same properties as silk. Rayon was invented around the turn of the century in the 1880s and it is a process of regenerating cellulose. The cloth or products from regenerating cellulose are different today than they were then, which makes sense. As things evolve with time, more and more methods and ways of doing things become more efficient or better or produce different results. Rayon is made from wood pulp and as such is considered a semi-synthetic. Its properties are more akin to a natural fiber. Rayon is breathable, takes pressing quite well, is absorbent and can hold in body heat.

Somewhere along the line, cold rayon started being made. I’m unsure as to why it’s called cold rayon, whether it has something to do with the initial cold feeling rayon has or if it’s part of the process of making it. I mention 1940s in today’s post name because that is when this stuff became really popular, but as far as I can tell, it was produced before that time and started gaining popularity during the 1920s. 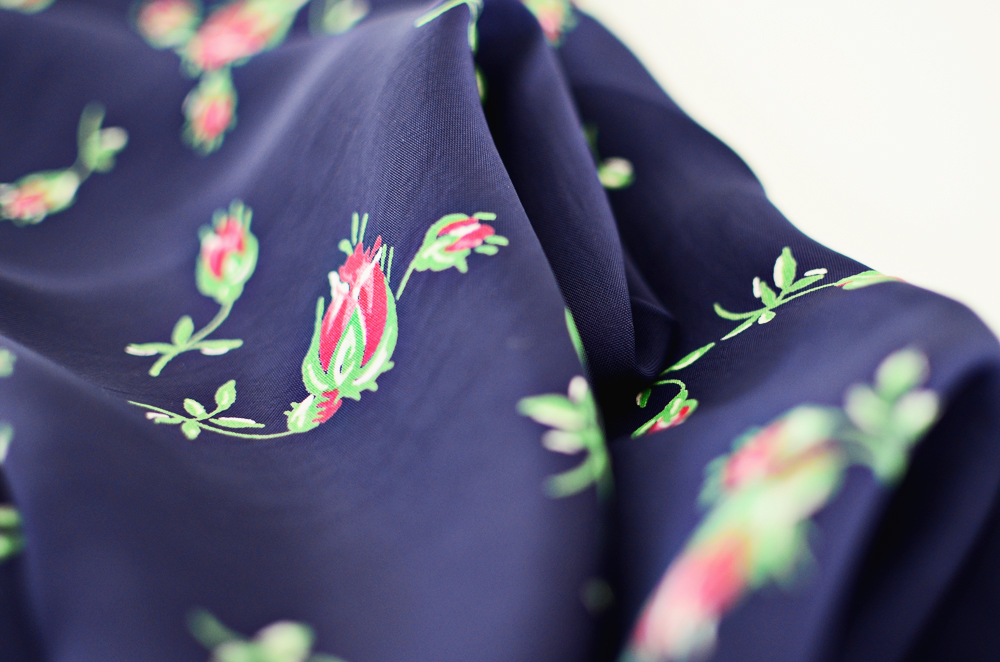 I have two pieces of cold rayon. One was gifted to me by a reader and the other I purchased from an Etsy shop. It is kind expensive and a little tough to get your hands on these days. Cold Rayon has a surprising hand that does actually feel a lot like silk and it’s “cold” to the touch at first. It also looks quite a bit like silk too. Cold rayon has a very similar hand to silk crepe de chine, yet the threads aren’t twisted for that pebbly crepe look. This rayon has a very smooth look on the right side. 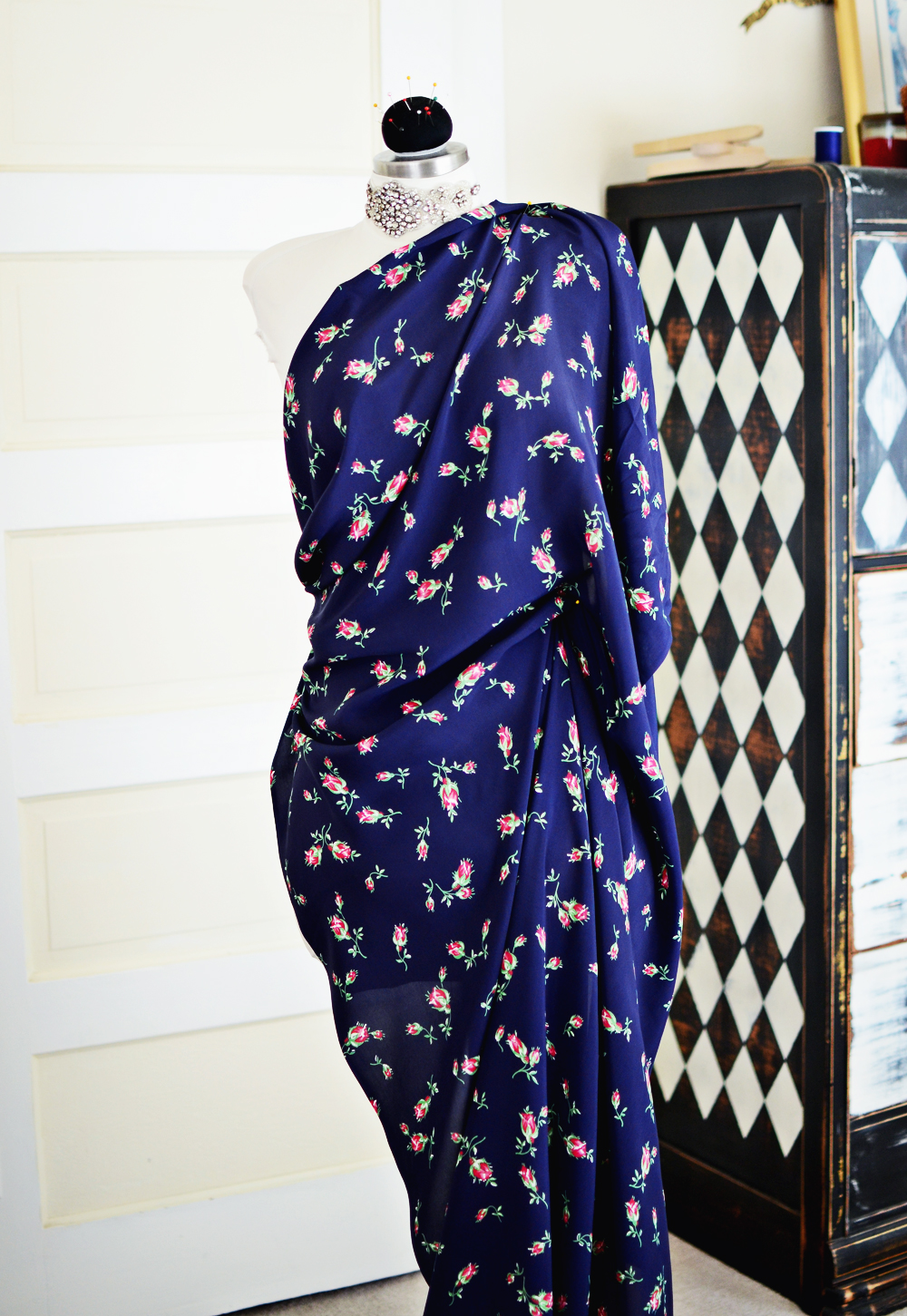 From the 1940s rayons that I’ve looked at online, I’ve found that these textiles were quite well thought out. At the time these were all the rage, people in Europe and in the U.S. were on rations from what I understand. I’ve seen a lot of Etsy and Ebay listings for approximately 4 yards of cold rayon, which I believe was one of the max amounts you could purchase. There usually isn’t more, but sometimes there is less yardage. Most of the listings I see are also 36″ wide or 45″ wide. These lengths and widths also coincide with the sewing patterns of the era. Most dresses were drafted in such a fashion that they don’t take more than 4 yards of fabric. What’s more, I’ve found that the majority of them do not have directional prints on them. You can use them upside down and sideways. A lot of forethought was put into these textiles it seems and they are well produced. 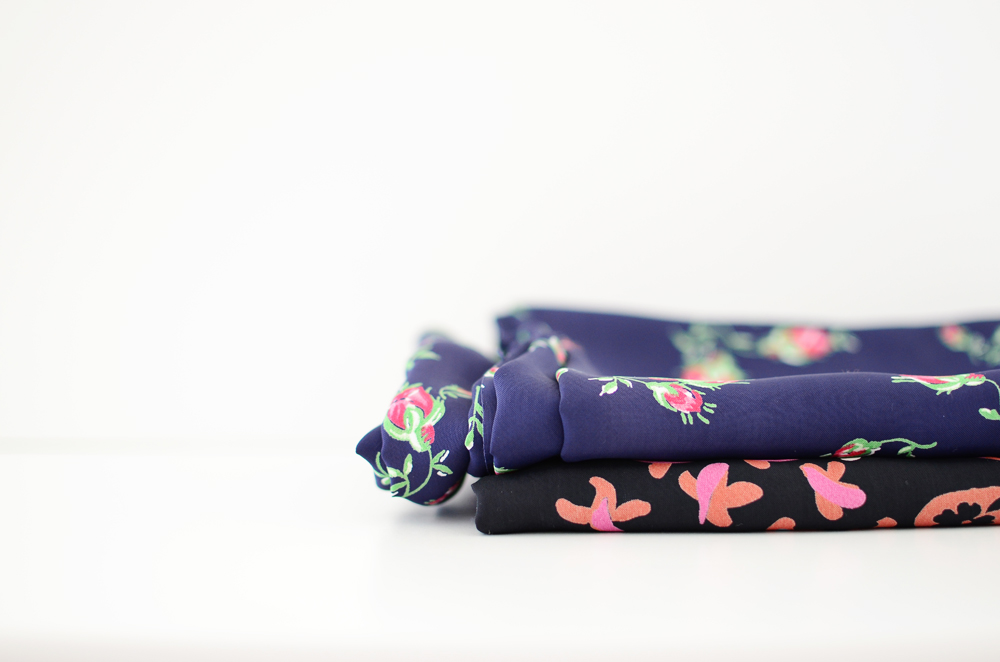 I’m just about to cut into that rose piece so I thought I would do a Fabric Friday on these special fabrics. Do you have any cold rayon from the 1940s?

I thought that I would mention the 1940s Sew-Along that Debi is doing because this kind of a fabric would be a great match with the pattern she has selected. Looks like it is just getting started, so if interested, hop on over and participate.